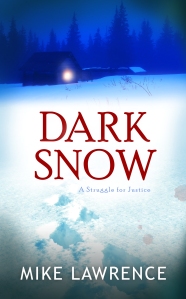 Dark Snow may be purchased from either Amazon or Barnes and Noble.

This is the second half of the 1886 season for the Wild West. Upon leaving Cumberland, they arrived in DC for a week and a half. Again, not all these pictures are from 1886, some are as late as 1900.

Betsy Ross home in the center.

The torch on display in 1876 before being sent to Madison Square in NYC.

Drawing of the Mets field at St. George.

There were several nice beaches for the New Yorkers to visit.

Two of the wealthier residencies.

A modern picture above of the general site where the Wild West set up.

The Garden as it would have looked while the Wild West was there.

Garden # 2 below at the same location. It is the tall tower and building behind Madison Square. It served the city until 1926.

Notice the open windows for air conditioning. This Garden closed in 1968.

Garden # 4 again at a new location, this time at about 8th Ave and 31 St. It was built to be part of the remodeled Penn Station complex, in part to take advantage of the subway access.

Penn Station was an institution in NYC for many years, second to Grand Central Station in traffic. Grand was first built on site in 1871, but has been remodeled several times since. Penn Station was built in 1910 and much of it remains from that day.

The view above shows Madison Square Garden above Penn Station and the many rail lines leading into the station.

Below, Madison Square is now Madison Park and judging from the maps, it is the same size as it was in 1886. I do not know what is currently located on the site of the first two Gardens.