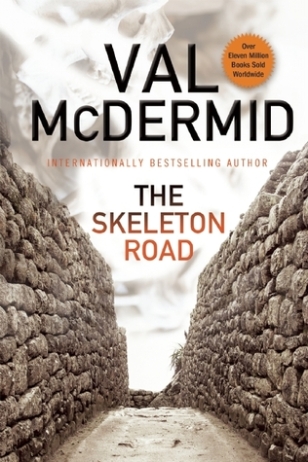 Val McDermid is one of the best mystery writers working today. Her 29th novel is available this year: Splinter the Silence, which I have not read. But I have read The Skeleton Road, published in 2014.

While the mystery is set in current time, the roots of the murder grew in the Balkan Wars of the 1990’s, specifically the Serbian attempts at ethnic cleansing. I may remember more about that war, or series of wars, than most Americans because I had to try to make sense of the news in my high school classes, and one of my exchange students one of those years was from Serbia. During the NATO bombings, he kept us posted on what the bombs were hitting, having talked with his parents each night. One night, the US hit buildings only one block from their house as they huddled in their basement.

But I digress. McDermid’s story-telling skills breathe life into those old news accounts, just as she brings life to the twenty-year-old corpse and what he did to cause someone to kill him.

If you enjoy a beautifully written mystery set partially in historical events, this book is for you. Since this is the first McDermid book I have read, I can not say if any others use the historical approach. If you like a good mystery, then you will probably like The Skeleton Road.

One thought on “The Skeleton Road”