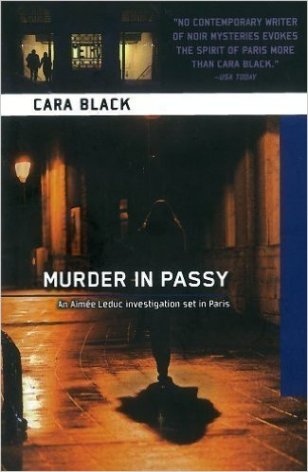 If you enjoy mysteries set in foreign locals, you should like this book.  Published in 2011, it is the eleventh book of the Aimée Leduc series which began in 1999. Five books have been added since Passy, as she publishes one each year (except 2001 & 2002).

Ms Black is an American with a long and close interest in Paris. She visits the sites for each story, talks with Paris police–flics–, as well as others to get just the right feel.

Leduc is a private investigator who specializes in computer crime, but is drawn into murder all too often. Passy is a wealthy suburb of Paris, so Leduc does not have to crawl through sewers or run from ghetto toughs. She does have to gain an understanding of the long and often bloody war for independence of the Basque, as the murder victim is herself a Basque.

It is an enjoyable book and I look forward to reading others in the series.