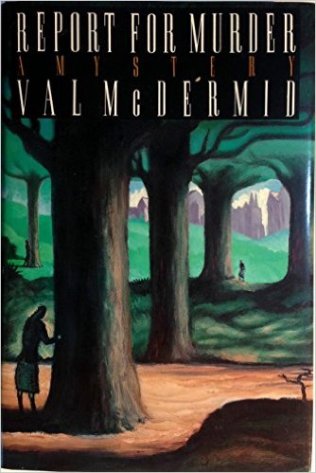 Val McDermid is a Scottish author who has won just about every writing award there is. The first book of hers I read was The Skeleton Road. I reported on it here. I decided to see what her high quality writing was like when she began her career.

Report is that first effort, and it is a well told story. The writing is more like most first book authors, but it is a good read. McDermid wrote six books featuring the free-lance reporter, Lindsay Gordon.  In this story, a friend invited her to report on a fundraising event at a girls school in England.  While there, the star graduate of the school, a world-renowned cello player, was murdered in a room, behind a locked door. Naturally, the police arrested Gordon’s friend, so Gordon had to prove her innocence.

All in all, a good read.