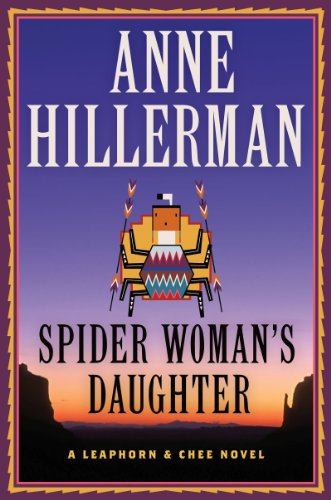 Fans of Tony Hillerman’s crime fighting Navajo cops should be thrilled with this new entry, written by Tony’s daughter, Anne.  She has obviously read her father’s work closely for her style is very close to his.

While the book is cited as a Leaphorn and Chee novel, Bernadette Manualito plays the main hero part, even as the solution is reached by all three of them.

I look forward to her second book, Rock with Wings, which is in the mail, and her third, Song of the Lion, to be published April 11.