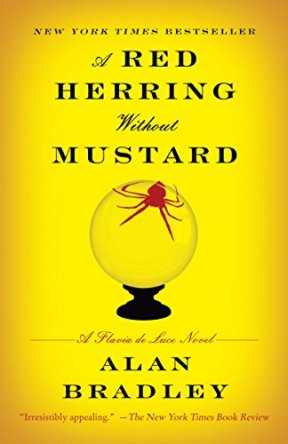 When I want to read a story with little tension and lots of humor, Flavia de Luce has become one of my standards. Alan Bradley has created a great sleuth in 10, now 11, year old Flavia, chemistry wiz and solver of puzzles.

In this, the third of eight novels, Flavia saves the life of a Gypsy and goes on to uncover her attempted murderer. Along the way, she exposes two other crimes and wrestles with the knowledge that her father is slowly selling off parts of the decaying manor house.

For entertainment, this is a five-star.