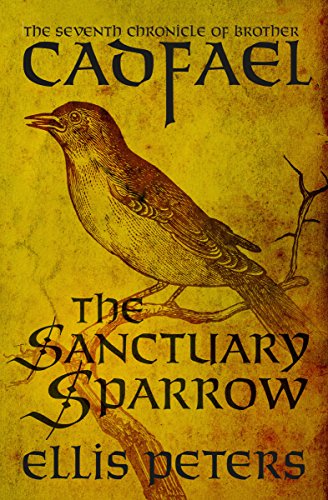 Finished a quick read of Ellis Peters’ seventh Cadfael book. There are several authors I turn to when I’m looking for a comfort read. Having read and enjoyed the more intense Berlin Game, I wanted a more relaxing read.

Edith Mary Pargeter, writing under several pen names, began her publication of books in 1936. The first Cadfael book came out in 1977 with this one in 1982. There are 21 books in The Cadfael Chronicles. She also wrote 14 books in the Inspector Felse series, starting in 1951; two other short series; and 27 stand-alone books. Yet, the general public took to Cadfael like none of the others. She died in 1995, but her books continue to sell.

One reason is that Pargeter lived in Shrewsbury and educated herself on the history of the Abby, part of which is still there, along with part of the castle. If you decide to read one of the Cadfael Chronicles for the first time, go online and Google-map Shrewsbury to get the lay of the land. She describes it as it is, minus the modern additions.

Another reason is that Cadfael is such an interesting character. Some of his backstory comes out in the early books. Cadfael as a youth joined a crusading army and was part of the conquest of Jerusalem. He lived for some time in the newly occupied territory with a woman who later gave birth to his son, unknown to him. He spent ten years at sea, mostly as the captain of a ship. He decided in his middle age to give up the adventurous life and joined the Abby of Shrewsbury, even though he was Welsh. Shrewsbury was a day’s ride by horse to Wales.

The strength of these stories is their timelessness. At the core, Peters has created people we can identify in our own lives. She has given us villains not so easy to spot and heroes who are just like us, except for Cadfael and his good friend, Undersheriff Hugh Beringar, the supermen of 1140 AD .