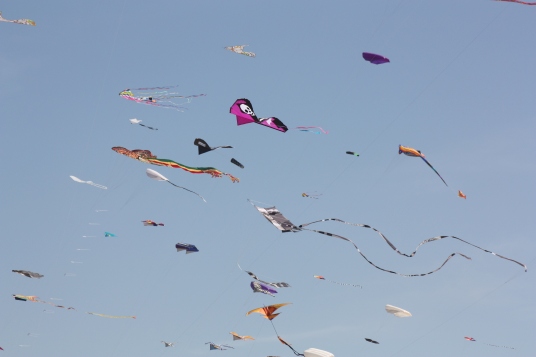 In reading this passage in John, the image of the wind struck me. Jesus is speaking of the Holy Spirit, often called wind in the Scriptures. In today’s reading, the wind/Spirit must enter a person for that person to come close to God.

To get a better understanding of the role of the Wind, let us consider every Evangelical’s favorite verse: Very truly I tell you, no one can see the kingdom of God unless they are born again. NIV The key word is again—anothen in Greek. The word is from the root ano, meaning upward, above, brim, high, up.

The ancient Greek has 36 words which can be used to mean again. John chose this one because of its stress on coming from above, that is, from God. It is Nicodemus who brings in the sense of rebirth. How can anyone who is already old be born? NJB That is the kind of question we would expect Peter to ask. It is a good question on the physical level.

But Jesus was not talking about physical birth. He tells Nicodemus, you are right, the physical birth has already occurred. The word John used is sarkikos—flesh. From sarkikos comes sarkikos. Jesus goes on: what is born from the Spirit is spirit. CJB Notice the capital S. The Holy Spirit of God places the spirit in humans.

The spirit first came into humans at creation. Then the Lord God formed a man from the dust of the ground and breathed into his nostrils the breath of life, and the man became a living being. NIV The Breath of God is equated with the Holy Spirit, and with the wind.

Jesus said, The wind blows wherever it pleases. You hear its sound, but you cannot tell where it comes from or where it is going. So it is with everyone born of the Spirit. NIV Jesus did not choose the image of the wind by accident. The Scriptures frequently used the wind to describe the work of the Holy Spirit. Nicodemus knew that very well.

But what does Jesus mean when he says, The wind blows wherever it pleases? That sounds hit or miss. Did Jesus mean some would be lucky in God’s game of darts?

One of the early Church Fathers, John Chrysostom, wrote in the late Fourth Century: Although he says “it blows where it pleases,” he does not say this as if the wind had any power of choice. He is simply declaring that its natural motion is powerful and cannot be hindered…. For no one can hold the wind; it moves where it pleases. And so, whether it is the laws of nature or the limits of bodily generation or anything else like this—they have no ability to restrain the operations of the Spirit. ACCS

Bede the Venerable (early Eighth-Century England) added: The Spirit comes to the saints [and] goes from the saints, so that they may be refreshed from time to time by the frequently recurring light of the return of him whom they are not capable of having always. ACCS

I’ll close with verses 16-18 as paraphrased by Eugene Peterson. This is how much God loved the world: He gave his Son, his one and only Son. And this is why: so that no one need be destroyed; by believing in him, anyone can have a whole and lasting life. God didn’t go to all the trouble of sending his Son merely to point an accusing finger, telling the world how bad it was. He came to help, to put the world right again. Anyone who trusts in him is acquitted; anyone who refuses to trust him has long since been under the death sentence without knowing it. And why? Because of that person’s failure to believe in the one-of-a-kind Son of God when introduced to him. MSG