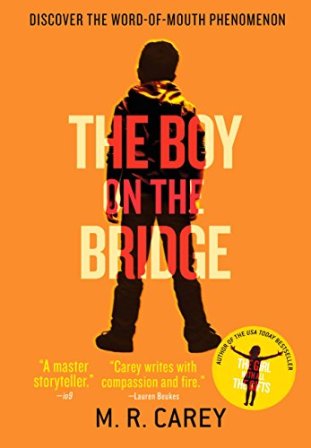 This sequel to the Girl With All the Gifts is a great stand-alone book. Carey does spend more time on the science of Cordyceps, or at least the pseudoscience. In the real world, there are some 400 species of Cordyceps and all do live inside other plants or animals. Some do attack and zombieze their hosts. The most common targets are ants and tarantulas.

I am not a fan of dysfunctional or apocalyptic stories. But when a great story comes along that is not just interested in blood and guts, I take a look. As with Melanie in the first book, Carey has created a great character in the autistic genius, Stephen. As a teenager, he invented the b-blocker to mask the human odor so that the hungries–Cordyceps infected humans who mindlessly eat any mammal they can catch–can’t detect them. In this book, he develops a  temporary vaccine for the plague, but that creates more problems.

I liked the Girl so much that I was doubtful that Carey could match that high standard. He did.