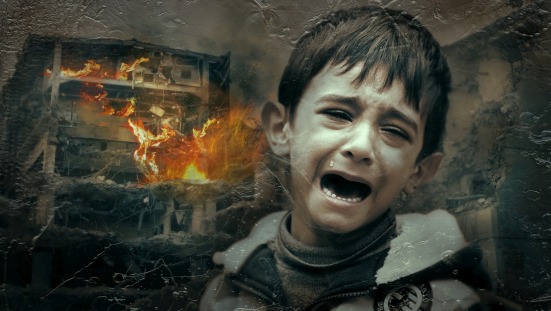 Job is one of the most difficult books of the Bible. The basic story is not so difficult: Job remains faithful to God. It’s when we get into breaking down each section that we run into difficulties. Some parts seem to have been misplaced or lost, and some don’t make much sense. The book also contains many words that are not used any other place in the Bible or in any other ancient Hebrew writing.

It is a Wisdom book, written in a style common in Mesopotamia of 500 BC. The bulk of the book is written as arguments between Job, his friends, and God—in poetic form. We should read it as a parable or allegory. It is neither, but we are forced to assume that Job was not a real person, if for no other reason than he did not sin, at least not on par with David.

The date above is near the most likely time the final version was written. It also, most likely, began as a story many centuries earlier and was added to and rewritten over the intervening time. The date is not of much importance because it is intended to be a timeless story.

By the way, Job was not Hebrew. He lived in Uz, somewhere on the west bank of the Jordan, perhaps Edom. There are no references in the book to the Law or Temple practices. For that reason, many scholars believe Job is from a time before Moses.

The reading for today gives us the basic story. Job had it made. He had everything in life a person could want, AND he loved God. For reasons he did not understand—not knowing of God and the Adversary’s agreement—Job suddenly lost his family and his wealth. He then found himself covered from head to toe with open sores.

Christians have always had trouble with the idea that God would tell Satan to attack the most loyal man on earth. In response, there two considerations. Firstly, the Hebrew word in Job is hassatan. The has is an article. If the satan were a person, there would be no article. Hassatan simply means an adversary. Perhaps an angel, we don’t know. But not the Devil.

Secondly, this is a story. It tries to tell primitive people that God does not punish people who sin and reward people who do not sin. He allows good people to suffer. Bad people live the good life. The common belief then, and now, is that people must suffer retribution for their evil acts.

No. Rain falls on the just and the unjust. Being Christian does lead to earthly rewards. There is a reason Jesus said, “You’re blessed when you’re at the end of your rope. With less of you there is more of God and his rule. “You’re blessed when you feel you’ve lost what is most dear to you. Only then can you be embraced by the One most dear to you.

“You’re blessed when you’re content with just who you are—no more, no less. That’s the moment you find yourselves proud owners of everything that can’t be bought.

“You’re blessed when you’ve worked up a good appetite for God. He’s food and drink in the best meal you’ll ever eat.

“You’re blessed when you care. At the moment of being ‘care-full,’ you find yourselves cared for.

“You’re blessed when you get your inside world—your mind and heart—put right. Then you can see God in the outside world.

“You’re blessed when you can show people how to cooperate instead of compete or fight. That’s when you discover who you really are, and your place in God’s family.

“You’re blessed when your commitment to God provokes persecution. The persecution drives you even deeper into God’s kingdom.

“Not only that—count yourselves blessed every time people put you down or throw you out or speak lies about you to discredit me. What it means is that the truth is too close for comfort and they are uncomfortable. You can be glad when that happens—give a cheer, even!—for though they don’t like it, I do! And all heaven applauds. And know that you are in good company. My prophets and witnesses have always gotten into this kind of trouble. MSG Matthew 5:3-12

Job and Jesus stand in marked contrast to the prosperity gospel so popular today. Here is a quote from Kate Bowler writing in The Washington Post, August 29, 2017.  The promise of the prosperity gospel is that it has found a formula that guarantees that God always blesses the righteous with health, wealth and happiness.

Have you ever heard of a poor televangelist? How many of them put their millions to work to feed, cloth, and house the poor?

More importantly, do you?