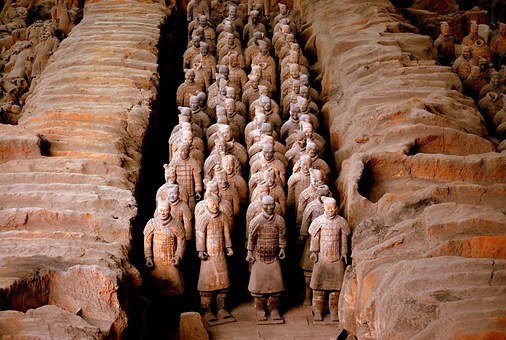 But you, Bethlehem Ephrathah,
though you are small among the clans of Judah,
out of you will come for me
one who will be ruler over Israel,
whose origins are from of old,
from ancient times. NIV

I want to start with this passage from Micah for several reasons. The Jewish Study Bible adds this commentary to the verse; The reference is to David. They go on to add comments by rabbis such as: Let him [The Messiah] come, but let me not see him… because of the birth pangs of the Messiah.

We Christians like to make the Christmas story neat, clean, tidy, and peaceful. That is not the Biblical story. The title, Ephrathah, refers to the clan. The clan equals the military unit called the Thousands. Each clan had the title of Thousands no matter how many members there were in it. In combat, the commander had to know the actual size of each clan. He would not want 200 men trying to defeat 20,000.

This one word, Ephrathah, reminds us that war is promised when the Messiah arrives. It is at its core the war between God and non-god; good and evil. That which is not of God is evil. The reality is that we have almost nothing to do with that war; it is carried out by God and his army against Satan/Lucifer/the Lier and his army. Like civilians in any war, we are caught up in it and suffer as a result.

In WWII, for example, an average of about 17,000 US workers died each year in just the war-related industries. Add to that 6,000 coal miners, 1,000 farmers, and others supporting the war in other ways and the home front was plenty dangerous. It was not until 1944 that the military deaths passed the civilian numbers.

Notice that the promise is for one who will be ruler over Israel. That clearly refers to David. We Christians must piece together several Scriptural promises to read Jesus as the ruler of this verse in Micah.

But that is the way of prophecy. Micah and the hundreds of other prophets (most lost to history) spoke to the conditions of a specific time and place. It is through the Wisdom of God that such words can be just as important centuries later. Micah did not know that the promised one would be David and he certainly had no idea that David would simply prepare the way for the Greater David—Yeshua, Son of David, Son of God, Son of Man, Messiah, The Servant of God, The Good Shepherd, The Divine Physician, Savior, Prophet, King, The Stone, The Bridegroom, The Bread of Life, The Light of the World, The Door, The Vine, The Way, The Truth, and The Life, The Judge, The Lamb, The Scapegoat, The Mediator, The High Priest, The Chosen, The Just One, The Amen, the Alpha and the Omega, The Head, The Image of God, The Firstborn of all Creation, The Bright Morning Star, Lord, The Word. {Thanks to William Barclay}

Christmas is a time to remember the cost to God. For a short season, the Son of God gave up that status and became a helpless human baby. He figured out how to live a life of about 33 years without knowing everything but trusting that God would tell him when he needed something. He did what God has asked each of us to do in our own lives—trust God.

Here are the readings for Monday and Tuesday—Christmas.

May Christ be with you this Christmas.