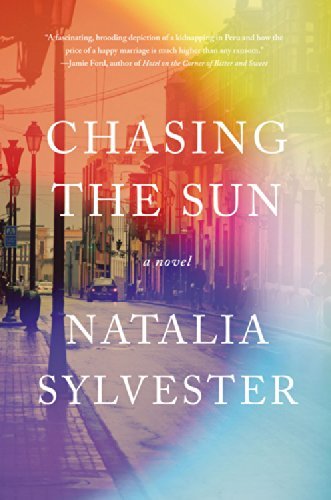 If you like variety in your reading, as I do, this is a good choice. The setting is in Lima, Peru in the 1990s when numerous gangs were kidnapping wealthy people for ransom.

Andres Jiménez and his wife Marabela spoke on the phone, but when Andres arrived home after work, Marabela was not to be found.  Because she had disappeared once before, Andres assumed she was once again trying to decide if she wanted to remain married to him.

The ransom call days later settled the issue but did nothing to clear Andres’ mind of doubts and recriminations. Much of the book lays bare the failings and weaknesses of husband and wife, explaining just how happiness turned so sour.  Against that background, Andres had to decide how much he was willing to sacrifice of their limited wealth to get her back. More to the point, did he really want her back?

The author was born in Lima but her family moved to the States when she was four. This is her first novel, published in 2014.