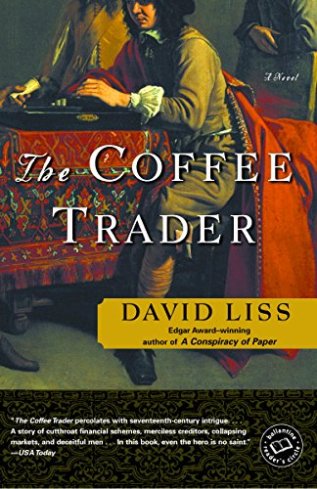 OK, it’s that and more.  Miguel Lienzo and his younger brother moved from Portugal to avoid certain death at the hands of the Inquisition. They were Jews who worshiped in secret but attended Mass on Sundays. The Dutch did not care about their Judaism, so anyone who had the means made their escape.

The Lienzo brothers became successful traders at the market until Miguel went into debt on a sugar future gone bad. His only chance was to score big. Coffee was nearly unheard of in Europe and was controlled by the Dutch East Indies company. Nearly all their coffee was sold in Moslem lands.

The plot is woven from many layers and complications. Miguel struggles to identify all the bits and get them under his control. David Liss has given us a masterpiece.