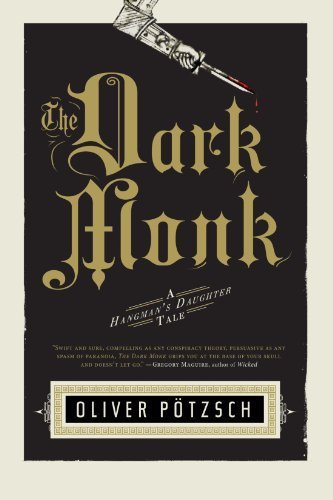 This is book 2 of the Hangman’s Daughter series. Up front, it’s not as good as the first book. Potzsch made a living writing scripts for Bavarian TV before he switched to books. This story suffers from that training. In his attempt to write an edge-of-the-seat thriller, he forgot to keep his characters true to form and have them acting in a realistic storyline.

My biggest complaint was the cartoonish bad guys. They had no redeeming qualities. True, it took place in 1660 and some of the story dealt with the Catholic-Protestant conflicts, but that was only a sideline.

The real story was the chase for the treasure of the Templars. It’s a Dan Brown kind of story–monks with no regard for human life.

Otherwise, it is a good read with plenty of action.