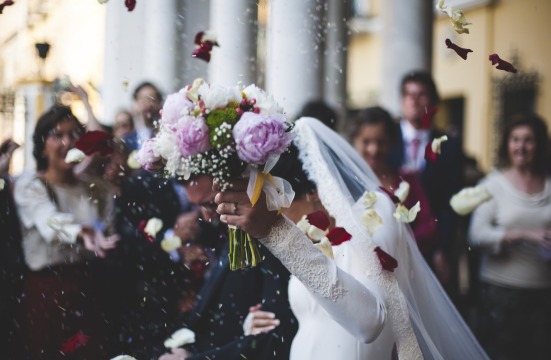 Image by Pexels from Pixabay

Then I looked and heard the voice of many angels, numbering thousands upon thousands, and ten thousand times ten thousand. They encircled the throne and the living creatures and the elders. In a loud voice they were saying: “Worthy is the Lamb, who was slain, to receive power and wealth and wisdom and strength and honor and glory and praise!” Then I heard every creature in heaven and on earth and under the earth and on the sea, and all that is in them, saying: “To him who sits on the throne and to the Lamb be praise and honor and glory and power, for ever and ever!” The four living creatures said, “Amen,” and the elders fell down and worshiped. NIV

A quick look at the first two underlined words. In Greek, the first one means ten thousand and the second one means thousand. But in the Greek, it is an idiom. In English, we might tens of thousands, or even invent zillions. That is the idea of the Greek. The number can’t be counted, except by God.

As to the four living creatures, back in chapter 4:6-8, we read, Prowling around the Throne were Four Animals, all eyes. Eyes to look ahead, eyes to look behind. The first Animal like a lion, the second like an ox, the third with a human face, the fourth like an eagle in flight. The Four Animals were winged, each with six wings. They were all eyes, seeing around and within. And they chanted night and day, never taking a break: Holy, holy, holy Is God our Master, Sovereign-Strong, The Was, The Is, The Coming. MSG

Victorinus of Petovium wrote around 290 AD. The four animals are the four Gospels…. The animal similar to the lion is the Gospel according to John. ACCS However, Augustine, writing more than a century later named Matthew as the lion, Luke the calf, Mark the human face, and John the eagle. He added the phrase, they say. I take it that Augustine thought it perhaps unlikely but had nothing better to offer. ACCS

Modern ideas are that they are four special angels called seraphim with no other duty than to praise God in all His forms; or they are the four characteristics we Christians are to take on in our daily lives—the heart of a lion, the sacrifice of the calf, the humanity of Jesus, the soaring faith of the eagle—; or it is the four characteristics of Jesus; or even, they could represent the Four Gospel Authors.

Take your pick. No matter which—and I think all the ideas have merit—all four beings praise God. It is our duty/privilege as well.

Worthy is the Lamb who was slain. ESV Listen to Handel’s version here.

And I heard every creature in heaven and on earth and under the earth and in the sea, and all that is in them, saying, “To him who sits on the throne and to the Lamb be blessing and honor and glory and might forever and ever!” And the four living creatures said, “Amen!” and the elders fell down and worshiped. ESV

The underlined phrase means everyone, everywhere, and probably in every age. We don’t generally think of the people under the earth—Hell—as praising God but the defeat of death and evil changes the game. New game, new rules. No, I don’t know what the rules are; God writes the rules.

You may be asking why I titled this blog The Wedding Contract. Let’s look at the first two verses of chapter 5. Then I noticed in the right hand of the one seated upon the throne a book filled with writing both inside and on its back, and it was sealed with seven seals. And I saw a mighty angel who called out in a loud voice, “Who is fit to open the book and break its seals?” Phillips

As we read on, we see that the answer is the worthy Lamb—the Messiah; the Christ; the Son of God. Only he can break the seven seals.

Throughout Revelation, we read descriptions of the promised wedding of the Messiah to his bride. Jewish marriages in the First Century followed set rules. I will skip a lot of detail when I say that the first stage was a meeting of the prospective groom and his father with the father of the prospective bride. The wedding may or may not have been arranged by a matchmaker and the couple generally knew each other before the meeting.

Most of the business is handled by the two fathers who, in typical Mid-eastern fashion, likely shouted at each other like they were settling the price of a loaf of bread in the market. Several meetings, meals, and drinks later, the agreement will be signed by the three men—BUT ONLY IF THE PROPOSED BRIDE AGREES TO EVERY TERM.

While it is true in many parts of the world that arranged marriages ignore the wishes of the bride, and often the groom, it was not true in Israel in Jesus’ day. In fact, the young woman (generally 13-16 years old) could say “no” on the wedding day, signed contract or no.

The contract contained seven sections with—surprise—a seal on each section. At the wedding, the groom would break each seal and read to the entire wedding party—generally the whole town—every term word for word. For a poor couple, the terms would be short, but for the wealthy folks, every possible financial consideration would be listed, including the property the bride would contribute to the couple’s happiness and the property which she could keep as hers alone.

This wedding contract is important to keep in mind as we read Revelation over the next few weeks. Also, the opening and reading of the contract is done without the presence of the bride and her bridesmaids. After the formalities, the groom and his men have a party, a kind of traveling party, going from house to house for food and drink. Often, they do not reach the house of the bride until after dark.

So, we have in Matthew 25:1—The Kingdom of Heaven at that time will be like ten bridesmaids who took their lamps and went out to meet the groom. CJB Which leads us to Rev 3:20—Look at me. I stand at the door. I knock. If you hear me call and open the door, I’ll come right in and sit down to supper with you. MSG I chose this translation based on one word, you. The Greek does not have either the word for male or female in this verse. The word used is autos. It has nothing to do with cars; rather it is a third person reference to the other.

Jesus, as the groom, is standing at my door/your door, knocking, waiting for our reply. As you read the rest of chapter 3, you will see plenty that has little to do with a wedding, but this knocking is exactly what the groom had to do once he reached the bride’s door.

IF she refused to either answer or open the door, the wedding was off. If I do not respond to Jesus, the wedding is off for me.

Wow! A bride who waited until this moment to say “no” faced social consequences best not thought about. In the world of marriage, it was nearly unheard of.

In the world of choosing Justice or the Great Liar, it is all too common.

My comments on Revelation are based on the three-volume series Lost In Translation, by John Klein and Adam Spears.