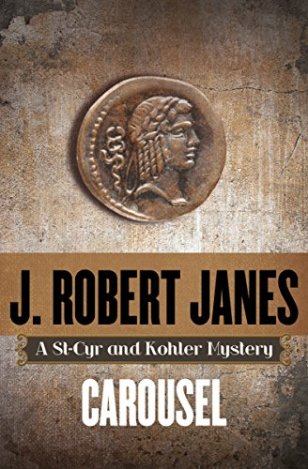 This is the second book in the series. I reported on the first book, Mayhem here.  I also read book six here.

I think Janes got a little overly ambitious with this story. His head-hopping was all over the place. I had to read whole pages to figure out who was who. He also jumped locations without mentioning it in any way. Again, I had to read several paragraphs to realize they were in a different place or different time.

In spite of this, I never considered putting the book down. Janes grabs the reader and won’t let go. Like the book Murder in Marias that I just reported on, this story is based in Paris, 1942. The homicide detective team is ordered to solve two murders which quickly disintegrates into a search for gold. St-Cry and Kohler are interested in the murders, but their masters only want the gold. Solving the murders without finding the gold will only get them killed.

While Kohler, being Gestapo, can only be killed by German orders from on high, St-Cry of the Surete can be killed by almost anyone and none of the powers would care. As we follow him probing his way through the dark streets after curfew, we can easily imagine trouble around every corner.

This is a good story and well worth the read, just don’t get hung up on Janes’ jumping all around. It is worth the trip. Head-hopping, by the way, is getting to read the inner thoughts of each person in a scene. He did in well in the other two books I’ve read–not as well this time. 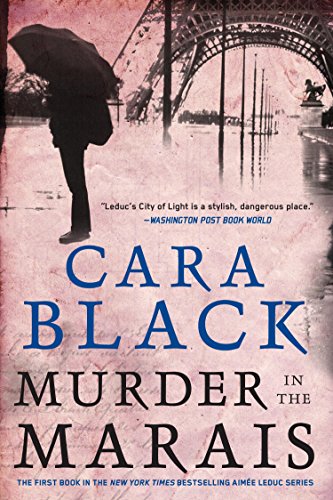 This is the 1999 debut novel featuring Aimee Leduc as a French private detective. Cara Black is American with strong French ties. She spends weeks living in the section of Paris that serves as the home base for each particular story.

In this book, Marais had been home to thousands of Jews before the war. As this story opens, it is 1999 and Leduc spends most of her time on her computer breaking into other computers to find the information she has been hired to find. She is not a gumshoe. But her father was and she does know most of the moves when needed.

An old Jewish woman, one who was missed in the war roundups for the camps, is found by Leduc, murdered and with a swastika carved into her forehead. In her efforts to solve the murder, the police having been called off, she receives numerous threats and attempts on her life. As she gathers evidence, she moves higher up the chain of power, even to the center of both the French government and the fledgling European Union.

Black does a good job of putting we readers into the streets of Paris. The story is well told at a fast pace. My only complaint is that Black is an American who lives in San Francisco, so is not as immersed in Parisian life as a Parisian would be. Still, she does well.