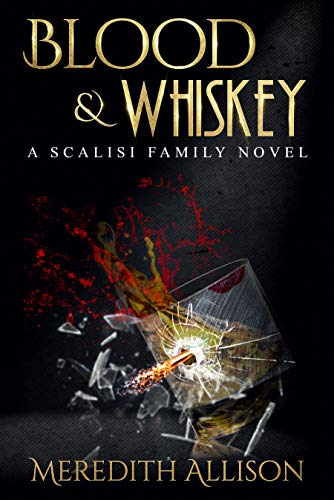 It’s 1922 and Angela Scalisi is the star of one of the leading supper clubs in Chicago. Her older brother, Nick, manages the club, but more than that he manages the bootlegging which is his boss’s real business. Nick has worked out a deal that will bring top-quality whiskey to town and make everyone in the deal millionaires.

Nick is smart enough to include the Capone brothers on the deal and he believes he has the other mobs placated. Not so.

We follow Nick early in the story, but it is really Angela’s tale. Nick shares everything with her, so she is up to her neck in the corruption and murder whirling around every shady deal, without having much to say about it.

Allison has created an interesting character and a believable world for her to try to survive in. The idea of a woman getting into “the life” in that town at that time is a truly unique concept. Well done.

I finished the book several weeks ago, but I had to mull it over before writing this post. Allison faces the same problem every author of mobster stories faces; how to create characters who willingly commit atrocious acts without making them inhuman. Nick is a murderer and a womanizer, but he loves his sister and his wife and is kind to other people who are no threat to him.

Did Allison build the right balance? You will have to decide.

She did write a damn good story. She is a rising star; another good author from Nebraska.