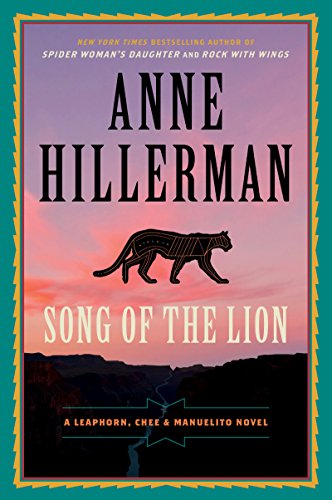 This is book 21 in the Leaphorn, Chee, and Manuelito series, or, book three in the series by Tony Hillerman’s daughter, Anne.  Ether way, it is a good read. Tony’s first book came out in 1970 and I have read most of them over the years.

This story is a bit slower in pace. The characters spend more time on introspection. Leaphorn struggles to be a private detective while still recovering from the bullet to the brain. While he uncovers key information, Chee and Manuelito get it too late.

The story opens with a big basketball game at Shiprock High where Manuelito has gone to remember her own playing days. The sound of a possible explosion sends her out to the parking lot where a car did explode, damaging  dozens more. She becomes the officer on the scene until the state police and FBI arrive.

The owner of the car, a slick new Beamer–former slick Beamer–was to start a job as the mediator in the negotiations about building a large hotel complex at the Grand Canyon on Reservation land.

With the assumption that the bomb was meant for the owner, Aza Palmer, Chee received the unwanted task of guarding a reluctant Palmer. As the public hearings progressed, his job became more difficult, as did Manuelito’s.

You will probably figure out who the evildoers are before I did, there are plenty of clues.