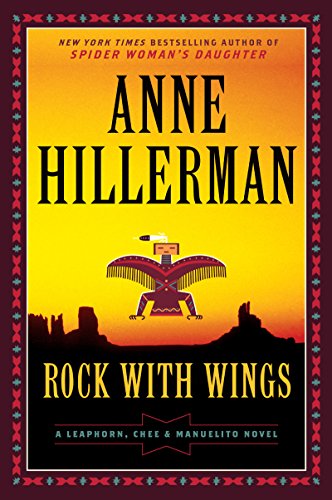 One of these days I’m going to go back and reread all of Tony Hillerman’s Leaphorn mysteries. But, until then, we have his daughter picking up the storyline.

In her first book, Spider Woman’s Daughter, Anne brought in Bernadette Manuelito as an equal of Jim Chee. Tony had created her and set up the eventual marriage of Chee and Manuelito, but it took his daughter to bring her to the front of the stage. It is no accident that Anne had to very nearly kill Leaphorn in the first book to do it.

In this story, Jim and Bernie take a few days vacation, which falls apart at once. Jim ends up staying in Monument Valley while Bernie returns to Shiprock to care for her mother because Little Sister is in jail. Each day finds them deeper into puzzling mysteries that at first seem just bearly crimes. Murder and attempted murder turn that around in a hurry.

We could nitpick about the difference between Tony and Anne, but the fact is, Tony is gone and Anne’s work is as close as anyone will get. I like Leaphorn, Chee, and Bernie, and I like Anne’s writing.