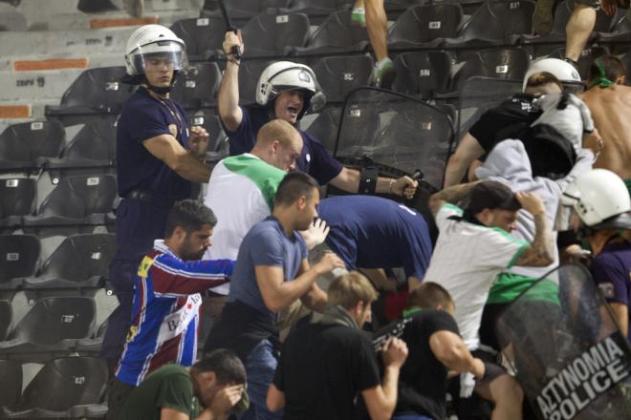 Let’s look closer at Jesus’ treatment by Pilate. Luke makes it clearer than the other Gospels that the Governor did not want to execute Jesus. There are several possible reasons for his attitude, any one of which might have been enough to sway him. Rome had recently ordered him to be more lenient on the Jews.  Pilate received his appointment as Governor in 26 AD by Sejanus, acting on behalf of Tiberius. Over the next several years, Sejanus took over more and more of the power until he was ready to overthrow Tiberius. But, not without being noticed. Sejanus was arrested and executed the same day.

That bit of history is important because Sejanus selected Pilate specifically because they both hated the Jews. It was Sejanus who encouraged Pilate to treat them harshly. But when Tiberius got word of defiling the Temple in Jerusalem, he ordered Pilate to change his actions. Within a year or two, Sejanus was dead, and Pilate was trying to figure out just how much power he really had.

Another point is that Pilate’s main job was to maintain peace so that taxes flowed to Rome uninterrupted. If he accepted the Jewish leader’s request for execution without real evidence, he would risk a popular uprising. Remember that Jesus had hundreds of vocal supporters just a few days earlier when he rode in on a donkey. Killing anyone that popular would be dangerous.

Pilate was also responsible for following the law. Roman law was written, well known, and considered sacrosanct. If Pilate executed a local for no good legal reason, he could be replaced, even executed. True, that is the way it was supposed to be, but we all know high-level officials could get by with murder, literally, but not in so public a way.

Matthew gives us another motive in 27:19. Besides, while he was sitting on the judgment seat, his wife sent word to him, “Have nothing to do with that righteous man, for I have suffered much because of him today in a dream.” ESV The Greek word translated here as righteous could apply, but she likely meant its more common meaning of innocent.

Take your pick. Any way you look at it, Pilate was not going to have a good day. I’m sure his report to Rome listed every effort he made to save Jesus. There is something important that did not make the list above. Jesus set himself up to die that day. He did everything he could to get the job done.

Now we need to consider the crowd. We know why the leaders of the Temple were there, but what about the average Man on the Street? Put yourself into Jerusalem the day before Passover. If you have a business to run on the busiest day of the year, you will not go to Pilate’s courtyard. If you are a woman, you will be home because there are too many strangers in town. About two-thirds, or more, of the population, are visitors intent on the serious preparations of the day.

That leaves a small group of men who have little to do or are ducking out of serious work. Mixed in are a few agitators working for the High Priest, Herod, or others. They do most of the shouting.

Strange things happen when people are in crowds. Let me quote from an article in Science/Tech,

Mina Cikara, a sociologist at Carnegie Mellon University and her team of researchers have discovered a new insight into mob mentality — the propensity for groups of people to shed the inhibitions of societal and moral standards. Isolated individuals seldom heckle or riot. But throngs of sports fans torch cars, protesters storm government offices, and gangs go to war over intangible slights. Cikara and her colleagues may have discovered a culprit we can’t control: our brains.

“A group of people will often engage in actions that are contrary to the private moral standards of each individual in that group, sweeping otherwise decent individuals into ‘mobs’ that commit looting, vandalism, even physical brutality.”

If we do not guard our moral compass at all times, others may lead us astray. Yes, it can happen to me, and you.

Likely the crowd consisted of many men who were normally well behaved and considered good people. Most of them probably wondered later how they got so caught up in the events. Like the Greek soccer fans in the picture above, they did not go there to cause violence.

What we need to realize is that we are as guilty as the mob in front of Pilate. We are just as likely to follow the leader. Especially if the leaders state it as “us or them.” Or, “us or Yeshua.”